Lisa Jewell in conversation with Jane Green: The Family Remains 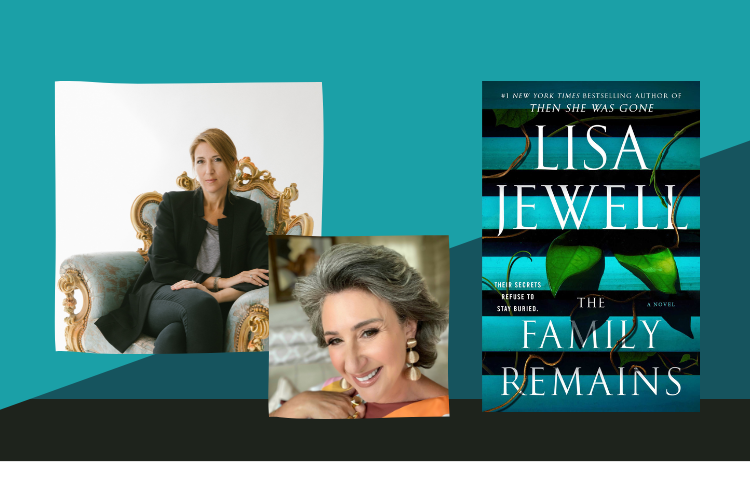 We are DELIGHTED to host Lisa Jewell at Barrett Bookstore for a LIVE, IN-PERSON event to celebrate the release of The Family Remains. Wine and light bites will be served. Please RSVP to join in the fun by CLICKING HERE. Need even more incentive? Lisa will be in conversation with the FABULOUS Jane Green!

Early one morning on the shore of the Thames, DCI Samuel Owusu is called to the scene of a gruesome discovery. When Owusu sends the evidence for examination, he learns the bones are connected to a cold case that left three people dead on the kitchen floor in a Chelsea mansion thirty years ago.

Rachel Rimmer has also received a shock—news that her husband, Michael, has been found dead in the cellar of his house in France. All signs point to an intruder, and the French police need her to come urgently to answer questions about Michael and his past that she very much doesn’t want to answer.

After fleeing London thirty years ago in the wake of a horrific tragedy, Lucy Lamb is finally coming home. While she settles in with her children and is just about to purchase their first-ever house, her brother takes off to find the boy from their shared past whose memory haunts their present.

As they all race to discover answers to these convoluted mysteries, they will come to find that they’re connected in ways they could have never imagined.

In this masterful standalone sequel, Lisa Jewell proves she is writing at the height of her powers with another jaw-dropping, intricate, and affecting novel about the lengths we will go to protect the ones we love and uncover the truth.

ABOUT THE AUTHOR: Lisa Jewell is the #1 New York Times bestselling author of nineteen novels, including The Family Upstairs and Then She Was Gone, as well as Invisible Girl and Watching You. Her novels have sold over 10 million copies internationally, and her work has also been translated into twenty-nine languages. Connect with her on Twitter @LisaJewellUK, on Instagram @LisaJewellUK, and on Facebook @LisaJewellOfficial.

The Family Remains: A Novel (Hardcover)