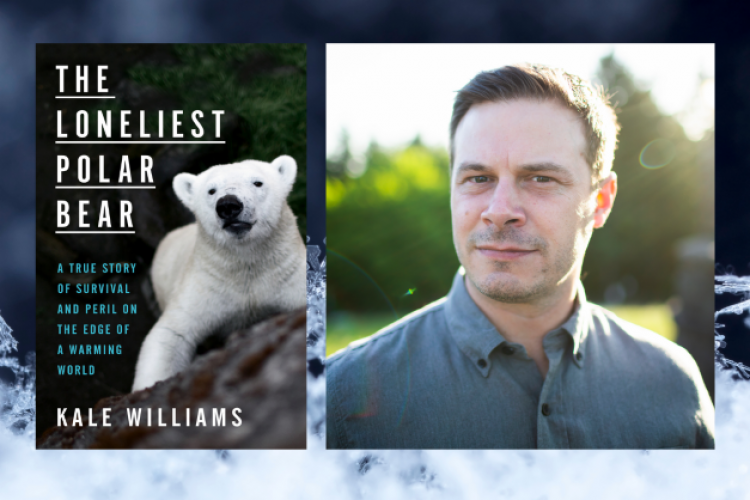 In October 2017, The Oregonian released a series starring a newborn polar bear cub named Nora, which swiftly went viral. Kale Williams who reported the story went on to win the Scripps Howard Edward J. Meeman Award and the AAAS Kavli Science Journalism Award for his work on the series, which also won a regional Emmy. Since then, Williams has continued to follow Nora’s story, while expanding his lens, spending time with traditional Arctic hunters and closely tracking the research of one of the leading wildlife biologists studying how polar bears are struggling to adapt to climate change. The result is The Loneliest Polar Bear: A True Story of Survival and Peril on the Edge of a Warming World —a sweeping and tender exploration of endurance against insurmountable odds.

The Loneliest Polar Bear explores the fraught relationship humans have with the natural world, the exploitative and sinister causes of the environmental mess we find ourselves in, and how the fate of polar bears is not theirs alone.

Kale Williams is a reporter at The Oregonian/OregonLive, where he covers science and the environment. A native of the Bay Area, he previously reported for the San Francisco Chronicle. He shares a home with his wife, Rebecca; his two dogs, Goose and Beans; his cat, Torta; and his step-cat, Lucas.

The Loneliest Polar Bear: A True Story of Survival and Peril on the Edge of a Warming World (Hardcover)