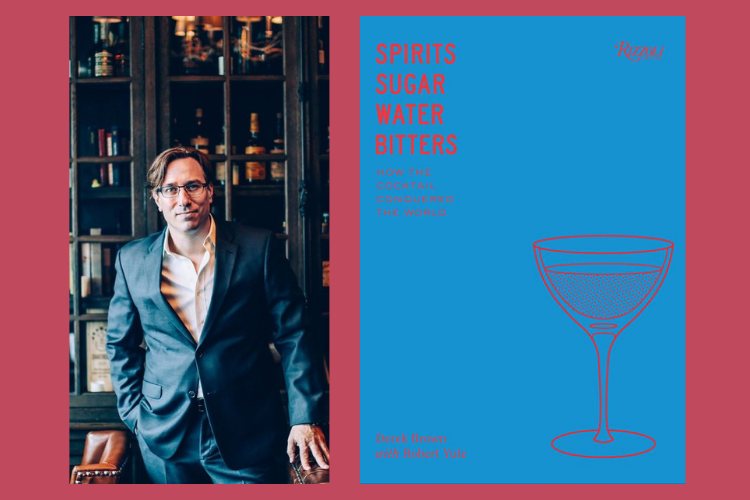 On Saturday, January 30, Mather Homestead will host Derek Brown, writer, mixologist and expert on the history and culture of spirits and drinks, for a virtual cocktail hour discussion.  His book, Spirits Sugar Water Bitters: How the Cocktail Conquered the World, tells the story of the cocktail, "the only American invention as perfect as the sonnet," according to H.L. Mencken.

Derek is known to be not only a great mixologist, but also a great speaker. And Playboy Magazine named him as one of "the ten entertainers, thought leaders and heroes who'll save us in 2017." Maybe he'll save us in 2021?!

Derek will regale us with stories of what the Founding Fathers drank (spoiler alert ... it wasn't water).  He will also show us how to mix up some fabulous cocktails (fire involved, do not try this at home).
$100 for two -- includes book, food (hearty hors d'oeuvre box) + cocktails (one of Derek's concoctions), and evening of fun! Pickup of book+food+drink at Mather Homestead on Sat., Jan 30 between 4 and 5 pm.

Derek Brown is a leading spirits and cocktail expert and president of Drink Company, which owns and operates 2017 Spirited Award winning "Best American Cocktail Bar" Columbia Room as well as PUB, a rotating pop-up bar that's housed the wildly-popular Miracle on 7th Street, Cherry Blossom PUB and Game of Thrones PUB. Playboy magazine named him as one of "The 10 Entertainers, Thought Leaders and Heroes Who'll Save Us in 2017."

Derek’s passion for spirits has taken him across the globe, where he’s learned about the integral role food and drink play in the culture, customs and values of communities worldwide. He’s also written about drinks and drinking for The Atlantic, The Washington Post and Bon Appetit magazine, among other publications.

Derek is a spirits judge at the prestigious San Francisco World's Spirit Competition and works with many charities and organization in a role as advisor, including the DC Public Library Foundation, BevCon Charleston and Share Our Strength.