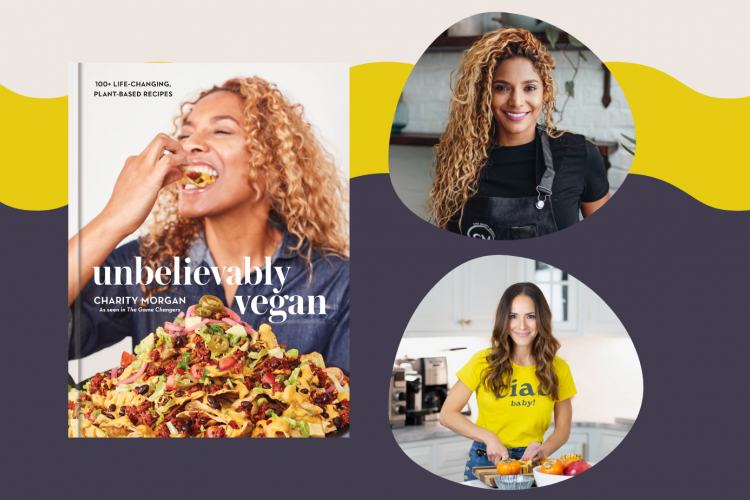 Barrett Bookstore and The Corbin District are  chef Charity Morgan to Darien for a virtual IG event. Charity will be joined in conversation by Darien resident and wildly popular food blogger Ereka Vetrini.

If you plan to join the conversation, we encourage you to support Charity's work and purchase a copy of her gorgeous new book Unbelievably Vegan.

We will gather on IGLive at 7PM ET on Thursday, January 20. Ereka and Charity will cook a recipe from Charity’s gorgeous new book together.

When private celebrity chef Charity Morgan's husband, former NFL linebacker Derrick Morgan, decided to go vegan, she was skeptical. But after Derrick noticed results--more energy, increased stamina, better sleep--and his teammates noticed how good his home-cooked meals looked, many of them asked Charity to cook for them too. Before she knew it, she was delivering meals for nearly two dozen NFL players, and soon enough, Charity and her two ever-so-active elementary school-aged children went vegan too. She hasn't looked back.

In her highly anticipated first cookbook, Charity, who was featured in the documentary The Game Changers about how elite athletes use a vegan diet to enhance their performance, breaks the myth that giving up animal protein means sacrificing taste. She taps her Creole and Puerto Rican heritage and love of bold flavor and spice to create a collection of flavor-bomb plant-based alternatives like Creole Krab Cakes with Tarragon Remoulade, Smoky Jambalaya with Blackened Veggies, and Beer Battered Fysh and Chips. Using oyster mushrooms to stand in for chicken thighs, ground walnuts instead of pork, and cashew cream instead of heavy cream and cheese sauces, Charity proves that vegan food can be healthy, fun, filling, and highly flavorful.

Charity Morgan is a wellness advocate and private chef to celebrities and top athletes. She grew up on a farm near Sacramento, California, eating dishes from her mother’s Puerto Rican heritage, like pasteles and arroz con gandules, as well as Creole dishes her grandma made, such as jambalaya and gumbo. Charity studied cooking at Le Cordon Bleu College of the Culinary Arts and now lives in Nashville with her husband, former Tennessee Titans linebacker Derrick Morgan, and their two children.

Ereka Vetrini is a mother of two, food blogger, recipe developer, and first generation American-Italian. She grew up working in her family’s restaurant alongside her parents. It was there that she gained her strong work ethic as well as the secret to making the perfect pasta sauce! Motherhood inspired her to start a food blog dedicated to creating and sharing easy and delicious recipes for busy parents. In less than 2 years her recipe videos have gained her over 800K followers on social media.

Before launching her career in food, Ereka was the national TV host of NBC’s In The Loop with iVillage, HGTV’s Kidspace and TLC’s Sunday Brunch as well as the on-air contributor for Allrecipes magazine. She can be found @ErekaV