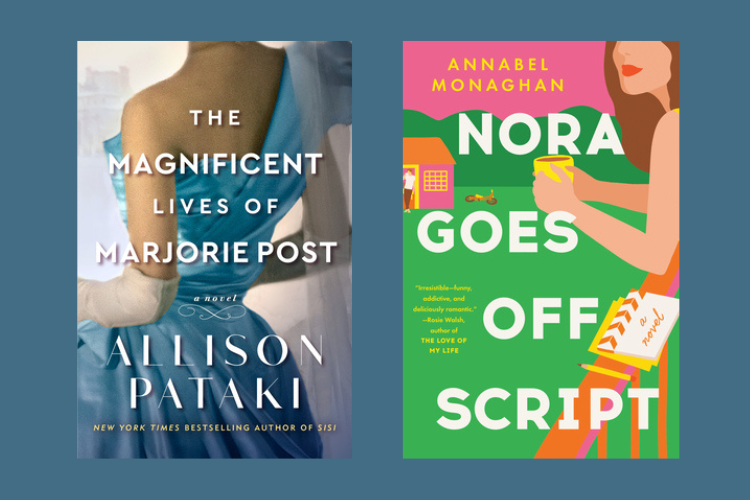 Please join us for a look into the fascinating life of this powerful woman, and the writing process of the book. Dive into the remarkable life of Marjorie Merriweather Post, the American heiress and trailblazing leader of the twentieth century. While presidents have come and gone, Marjorie Merriweather Post hosted them all. Growing up in the modest farmlands of Battle Creek, Michigan, she was inspired by a few simple rules: always think for yourself, never take success for granted, and work hard—even when deemed American royalty, and even while covered in imperial diamonds. Marjorie had an insatiable drive to live and love and to give more than she got. From crawling through Moscow warehouses to rescue the Tsar’s treasures to outrunning the Nazis in London, from serving the homeless of the Great Depression to entertaining Roosevelts, Kennedys, and Hollywood’s biggest stars, Marjorie Merriweather Post lived an epic life few could imagine.

Allison Pataki is the New York Times bestselling author of The Magnificent Lives of Marjorie Post, The Queen's Fortune, The Traitor's Wife, The Accidental Empress, Sisi: Empress on her Own, Where the Light Falls, as well as the nonfiction memoir, Beauty in the Broken Places. She has also written two children’s books, Nelly Takes New York, and Poppy takes Paris. Allison’s novels have been translated into twenty languages. A former news writer and producer, Allison has written for The New York Times, ABC News, The Huffington Post, USA Today, Fox News and other outlets. She has appeared on The TODAY Show, Good Morning America, Fox & Friends, Good Day New York, Good Day Chicago and MSNBC’s Morning Joe.

Annabel Monaghan’s first novel for adults, Nora Goes Off Script, is an IndieNext and LibraryReads pick and was selected as a best book of summer by Washington Post, USA Today and is a GMA Best Book of June. She is the author of two novels for young adults, A Girl Named Digit and Double Digit. She is also the author of Does This Volvo Make My Butt Look Big? a collection of essays based on her column that appears in the Huffington Post, The Week and The Rye Record. She graduated with a BA in English from Duke University and an MBA in Finance from The Wharton School at The University of Pennsylvania. She hosts an author series called Friends with Words and spent several years on the novel writing faculty at The Writing Institute at Sarah Lawrence College.  She lives in Rye, New York with her husband and three sons.

The Magnificent Lives of Marjorie Post: A Novel (Hardcover)