An Afternoon with Melissa Newman 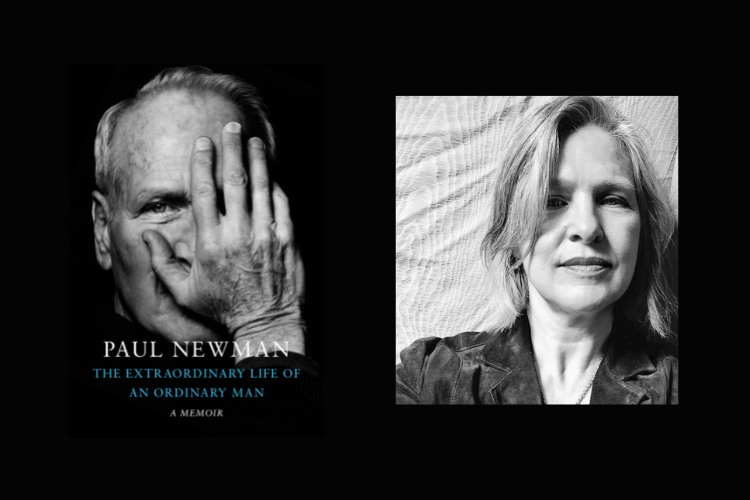 "The Extraordinary Life of an Ordinary Man,” a newly published memoir by Paul Newman, will be the topic of a book discussion, “An Afternoon with Melissa Newman,” at Westport Country Playhouse, on Sunday, November 20, at 3 p.m. Newman’s daughter, Melissa Newman, who wrote the foreword for the book, will converse about the book with Anne Keefe, Westport Country Playhouse associate artist, who past served as Playhouse co-artistic director with Joanne Woodward. An audience Q&A will follow the talk.

Tickets are $45, and include a copy of the book. Seating is reserved and will be sold on a first come, first serve basis.

“The Extraordinary Life of an Ordinary Man” is a raw, candid memoir of the American icon, edited by David Rosenthal, with afterword by Newman’s daughter Clea Newman Soderlund. In “The Extraordinary Life of an Ordinary Man,” Newman writes of his traumatic childhood; his teenage insecurities; his early failures with women; his first marriage; his early rivals (Marlon Brando and James Dean); and his rise to stardom. He also reflects on his greatest roles; his philanthropy; the death of his son Scott; his drinking; his innermost fears, passions, and joys; and his strong desire for his daughters to know and understand the truth about their father. Perhaps the most moving material in the book centers on his relationship with Joanne Woodward—their love for each other, his dependence on her, and the way she shaped him intellectually, emotionally, and sexually.

Newman began the project in 1986 with his close friend, screenwriter Stewart Stern (“Rebel Without a Cause”; “Rachel, Rachel”). For five years, Stern compiled an oral history of the actor’s life, talking with Newman’s family, friends, those who worked closely with him, and Newman himself. Culled from thousands of transcript pages, Newman’s words are powerful, sometimes funny, sometimes painful,

always meeting that high standard of searing honesty. The additional voices that run throughout the book—childhood friends, Navy buddies, family members, and film and theater collaborators, such as Joanne Woodward, Tom Cruise, George Roy Hill, and John Huston—add richness, color, and context to the story Newman is telling.

Paul Newman was an American actor, film director, race car driver, and entrepreneur. He was the recipient of numerous awards, including an Academy Award, a BAFTA Award, three Golden Globe Awards, a Screen Actors Guild Award, a Primetime Emmy Award, the Cecil B. deMille Award, and the Jean Hersholt Humanitarian Award. His major film roles include “The Hustler,” “Hud,” “Harper,”

“Cool Hand Luke,” “Butch Cassidy and the Sundance Kid,” “The Sting,” “The Verdict,” “Mr. and Mrs. Bridge,” “Nobody’s Fool,” “Road to Perdition,” and the voice role of Doc Hudson in Disney-Pixar’s “Cars.” Ten-time Oscar nominee, Newman won an Academy Award for Best Actor for “The Color of Money.” Newman won several national championships as a race car driver. A political activist and humanitarian he raised and donated nearly $1 billion to many charities. Newman had six children and was married to Oscar-winning actress Joanne Woodward for 50 years. He died in 2008 at the age of 83.

Newman appeared at Westport Country Playhouse stage when his wife Joanne Woodward was artistic director in the early 2000s. He was in productions of “Love Letters” (2000), “Ancestral Voices” (2000 and 2002), “For the Children” (2001), “Trumbo” (2004), “Come Be My Love” (2007) and a revival of Thornton Wilder’s “Our Town” (2002), which transferred to Broadway and was filmed for Showtime and PBS. He was a member of the Playhouse’s advisory council to the board of trustees.

Melissa Newman is an artist who works primarily in porcelain and stoneware. She has shown her work in galleries and museums in and around Connecticut and New York. After a lucrative career singing jingles for radio and television, she performs frequently as a singer with her jazz trio. She volunteered and worked at a correctional facility for almost 20 years, co-teaching art, drama, and singing there and in other communities. She has served for over 10 years on the board of The Hole in the Wall Gang Camp, a camp for seriously ill children and their families. She has two grown sons and a husband, and is “perennially writing a very messy novel.”

Anne Keefe spent two years at McCarter Theatre and 27 years at Long Wharf Theatre as the resident stage manager, overseeing four Broadway transfers and one Off-Broadway transfer. She was production stage manager for three additional Broadway shows. Over the last 20 years she has been part of the artistic leadership at Westport Country Playhouse in various roles; she was co-artistic director with Joanne Woodward in the early years, and most recently curated the popular Script in Hand Series. In addition to the Del Hughes Lifetime Achievement Award, she has been named one of 10 Women of Distinction by the CT Women’s’ Hall of Fame, and received the Award for Theatre by the Westport Arts Commission, and the Tom Killen Award from the Connecticut Critics Circle. She is married to playwright David Wiltse.

The Extraordinary Life of an Ordinary Man: A Memoir (Hardcover)