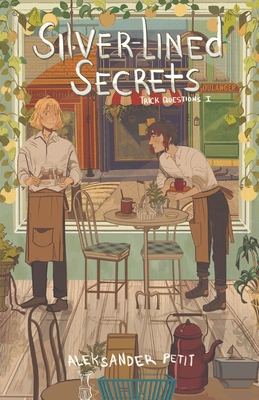 The Rowan Institute for Gifted Youth often feels more like a prison to Bailey Lowe than a spy academy. His lukewarm opinion worsens after meeting Oliver, a new student whose ties to the outside world are weaponized against him by the school. To complicate things more, Bailey forms an ill-advised friendship with Lucien, a tenderhearted barista who has taken a suspicious shine to him. This school and the people in it have taken Bailey's ability to trust, and earning it back is a challenge he may not be brave enough for. But Bailey's caution isn't misplaced. An unknown entity is targeting students-Bailey included- and the Rowan Institute staff refuse to explain how or why anyone managed to bypass the so-called "fortress." Bailey can only hope to be the ace spy the Institute wishes him to be. Otherwise, he risks failing his friends while the illusion of safety crumbles around them. If he's lucky, they won't run out of tea first.