Rock It Come Over: The Folk Music of Jamaica (Paperback) 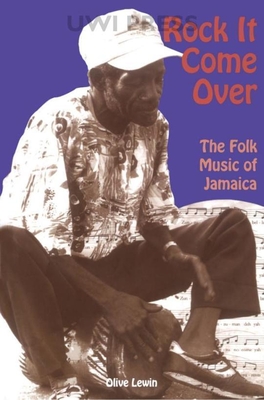 Rock It Come Over describes the music and lore of Slavery from the early sixteenth century through emancipation in 1838 to the mid twentieth century. Lewin explores the role of music in the lives of the slaves as a method of communication, as a form of resistance and subversion, as a repository of oral history and beliefs, and, ultimately, as a means of survival. The work is based on decades of research into the music sung and played by the working people of Jamaica. Lewin relates the music to traditions that preserve an African way of life and the beliefs of Kumina queen, Imogene "Queenie" Kennedy.

Rock It Come Over is the most extensive study of Jamaican folk music yet published. It is also an examination of the roots of that music and a record of the folk heritage that is, in spite of many efforts, rapidly retreating before the pressures of life today.