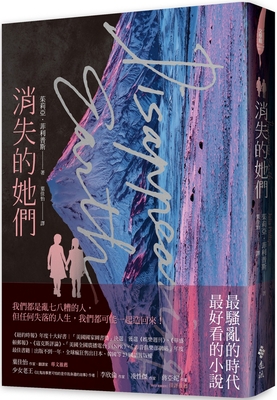 By Julia Phillips
$41.80
This title is out of stock indefinitely and not available to order.

“Julia Phillips is an author to watch. She beautifully transports us to a region of the world that I had never heard of and now can’t stop thinking about. The stories of the women there—their family dynamics, their hopes and fears, the economic and cultural divide of various communities—tell a moving story about this place in a moment in time, but ultimately about the universal struggle of women living with the expectations placed on them. A remarkable debut.”
— Casey Coonerty, Bookshop Santa Cruz, Santa Cruz, CA

“A thrilling and original debut novel that explores the lives of several women living in Russia’s remote Kamchatka Peninsula whose lives are unknowingly connected by the unsolved disappearances of three girls. The mystery of the girls’ fates will keep you on the edge of your seat, but even more impressive is the way Phillips portrays the lives of her female characters—women who struggle to obtain a better life for themselves and their children, lives unencumbered by the racism, economic instability, and isolation inherent in living in a disregarded and harsh corner of Russia’s vast landscape.”
— Lori Feathers, Interabang Books, Dallas, TX

ONE OF THE NEW YORK TIMES 10 BEST BOOKS OF THE YEAR NATIONAL BOOK AWARD FINALIST Finalist for The New York Public Library Young Lions Fiction Award One August afternoon, two sisters--Sophia, eight, and Alyona, eleven--go missing from a beach on the far-flung Kamchatka Peninsula in northeastern Russia. Taking us through the year that follows, Disappearing Earth enters the lives of women and girls in this tightly knit community who are connected by the crime: a witness, a neighbor, a detective, a mother. We are transported to vistas of rugged beauty--open expanses of tundra, soaring volcanoes, dense forests, the glassy seas that border Japan and Alaska--and into a region as complex as it is alluring, where social and ethnic tensions have long simmered, and where outsiders are often the first to be accused. In a story as propulsive as it is emotionally engaging, Julia Phillips's powerful novel brings us to a new understanding of the intricate bonds of family and community, in a Russia unlike any we have seen before.

Julia Phillips is a Fulbright Fellow whose writing has appeared in The New York Times, The Atlantic, The Moscow Times, and The Paris Review. She lives in Brooklyn.