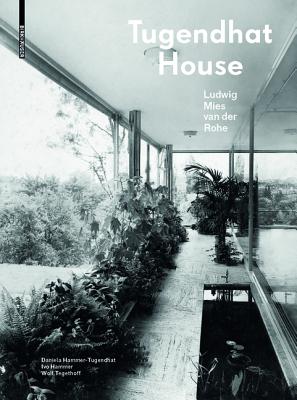 Built and designed by Ludwig Mies van der Rohe 1928-1930, the Tugendhat House in Brno/Czech Republic is one of the most significant buildings of European modernism. In 2001, UNESCO added the house to the List of World Cultural Heritage Sites.

Building on the book published by Daniela Hammer-Tugendhat and Wolf Tegethoff in 1998 (English edition 2000) the three authors, in this new edition, give personal and historic insights relating to the house; also documenting aspects pertaining to art history and conservation-science studies.

The appeal of this monograph lies in the published photographs which reveal an unusual view of the house and highlight the intended fusion between architecture and nature. The experimental artistic colour photographs by Fritz Tugendhat are among the pioneering achievements of amateur photography; that these images have remained intact is indeed remarkable.

Daniela Hammer-Tugendhat reflects on the question muchdebated in 1931, Is the Tugendhat House habitable? in a new, historico- cultural context.

Using the example of the Tugendhat House Wolf Tegethoff explores the living concept of modernism. At the beginning, he critically reflects on the discourse surrounding the relationship between client and architect. Based on his research on the preserved plans and drawings he meticulously reconstructs the genesis of the project until the building's completion in late 1930.

In two contributions Ivo Hammer documents the eventful history of the house from the time its occupants emigrated until today. Based on the results of the international Conservation Investigation Campaign concerning the Tugendhat House he interprets the materiality of this modern building in a cultural context, while outlining the results of the restoration from 2010-2012.