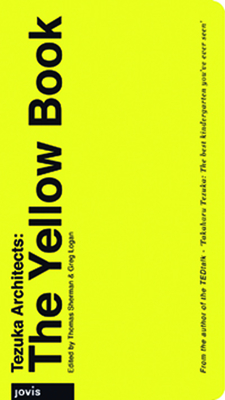 Building on the wide interest in the popular TED talk, "The Best Kindergarten You've Ever Seen," delivered in 2015 by Japanese architect Takaharu Tezuka (born 1964), Tezuka Architects: The Yellow Book is an in-depth, monographic study of the work and design philosophy of Tezuka's architecture studio, cofounded with his wife Yui Tezuka in 1994. Envisioned as a pocket guide and reader in scale and feel, Tezuka Architects introduces projects spanning the past 12 years, from the Roof House (2001) up through the recently completed Child Chemo House (2013). The Child Chemo House shares with many of the practice's other projects a fundamental belief that architecture has the capacity to positively affect humanity, seen also in the Asahi Kindergarten (2012), which contributes to the reconstruction of the Miyagi Prefecture after the devastating 2011 tsunami.