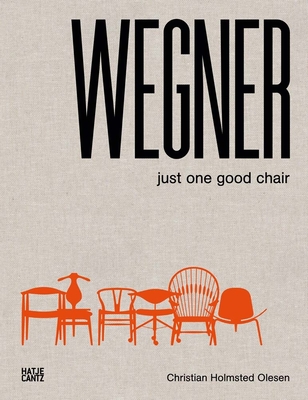 The name of Hans J. Wegner (1914-2007) is inseparable from his unrivalled chairs, which have helped Danish design achieve international recognition. Any fan of design has his or her favorite among Wegner's approximately 500 creations, and there is hardly an interior design magazine that has not included an illustration of his elegant China Chair (1943) or Y Chair (1950). Even John F. Kennedy sat on the Round Chair, now known simply as The Chair (1949). Trained as a furniture maker, Wegner typically made his prototypes by hand, using traditional joinery techniques such as tongue-and-groove or finger joints. In the process, he often pushed the limitations of wood, giving his designs an unequaled elegance. Their beauty was matched by their practicality: he considered comfort and ergonomics to be equally as important as appearance. Despite his concern for functionality, his personality and sense of humor also shone through his works, as evidenced by his splendid Peacock Chair (1947) or the masculine Ox Chair (1960), available with or without horns.