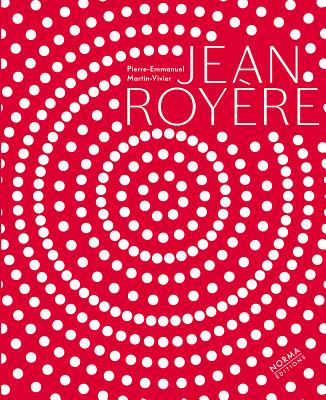 By Jean-Louis Gaillemin
Email or call for price.
Hard to Find

- A comprehensive monograph on Jean Roy re, a key figure of the Avant-garde in the 1950s - More than 150 contemporary photographs of iconic furniture "In the inventive and joyful style Roy re developed he artfully blended modernity and classicism with enthusiasm and humor." - Art et D coration, 2002 By the age of 30 Jean Roy re had already established his brilliant career as a decorator. After eschewing the functionalism so in vogue in the 1930s, in 1939, at the Salon des artistes D corateurs, he presented a boudoir which provocatively marked the return of ornament. A keen observer of contemporary design, Roy re was an early discoverer of the Scandinavian and Italian designers - especially Alvar Aalto and Gio Ponti - and their new forms freely associating a set of ornaments, and employed them in variations of extreme virtuosity. From 1931 to 1972, Roy re completed over a thousand projects around the globe, from the interior design of the Cit ouvri re d'Aplemont, a workers' housing development in northern France, to the decoration of the palace of the shah of Iran, creating a style evoking a desire for freedom and lightness that would leave its mark on an entire era and many of his contemporary designers. His furniture and objects, notably his emblematic armchairs and Ours sofas, are now the passionate focus of collectors of art and design around the world. Prefaced by Jean-Louis Gaillemin, this new edition enables readers to discover and enrich their knowledge of little-known aspects of Jean Roy re's oeuvre, largely thanks to some one hundred new illustrations.

For his PhD in art history, Pierre-Emmanuel Martinivier wrote a thesis on the life and work of the decorator Jean-Michel Frank, which was published by Editions Norma in 2006. A specialist in decorative arts of the twentieth century, he participated in several exhibitions, including "Jean Royere, Decorator in Paris," at the museum of decorative Arts in Paris. A recognized expert on the art market, he is also head of the Art of the Twentieth Century department at Christie's since 2013. He is the author of Max Ingrand, Norma, 2009.