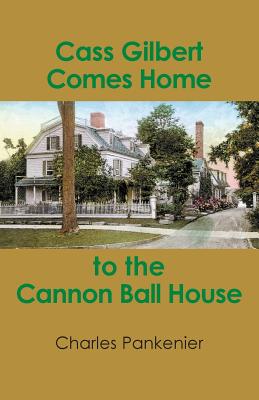 Cass Gilbert was both a creator of distinguished buildings and a leader in elevating the architectural profession. An early proponent of skyscrapers, Gilbert is responsible for the Woolworth Building, numerous museums and libraries as well as the United State Supreme Court building in Washington, D.C. and the Alexander Hamilton U.S. Custom House in New York City. His legacy endures and there now is renewed appreciation of his ability to unify technology with artistry in civic and commercial architecture. While Gilbert's work has been studied in depth, in this book Charles Pankenier considers the architect as a personality. He relates the forces that shaped the man and the final quarter century of his life as the owner of Ridgefield's "Cannon Ball House," the period that coincided with Gilbert's professional maturity and culminating period of accomplishment. In 1900 when Gilbert purchased the Keller Tavern as his summer home in Ridgefield, Connecticut, the architect immediately become one of the most celebrated residents of a community that had long attracted individuals recognized for their accomplishments in business and the arts. When Gilbert died in 1934, the London Times wrote: "The list of his most important buildings would only be long enough to prove him the most remarkable architect of his generation in America." Illustrated with black & white photographs. Author:
Charles Pankenier is a longtime docent at Keeler Tavern Museum in Ridgefield, Connecticut, at one time Cass Gilbert's Cannon Ball House. There, he joins with other guides to interpret the property's 300-year history, together with the lives of the remarkable people who give it contemporary meaning. Pankenier is also the author of Ridgefield Fights the Civil War.