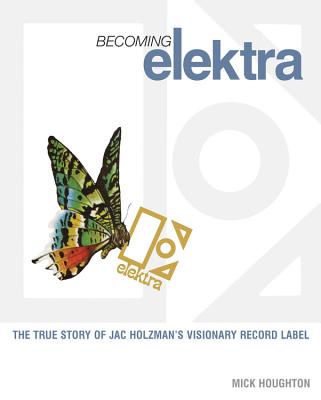 Becoming Elektra is an account of Elektra Records in the Jac Holzman years, from 1950 to 1973. It tells the story of Elektra's growth from a small independent folk label to a major, multi-faceted, hit making concern. Jac Holzman's role in founding and running the company is central to the story, and his capacity for lateral thinking - that led to innovations such as the first-ever sampler album, and a million-selling series of sound effects records - is a recurring theme. But the book is not just a story of one man's business success. It is also about the label's artists and the great music they produced, and other key people who gave the company its identity. Becoming Elektra places the label in a broad context. A gripping narrative drawing in elements of musical and cultural history, and biographies of the main participants in the story, the book opens with a pivotal moment in Elektra's history, when Holzman discovered The Doors. It then goes back to the previously untold story of Elektra in the 50s, when the label brought folk music to a wide audience. Moving into the 60s the story takes in artists that have had an extraordinary resonance down the years including some, such as Tim Buckley, who are far more popular today than in their lifetime. His story is told, along with those of artists that read like an inventory of 60s and 70s musical innovation: The Doors, Love, Judy Collins, Tom Paxton, Tim Buckley, Fred Neil, David Ackles, Phil Ochs, Bread, Queen, The Incredible String Band, Carly Simon, The Stooges and The MC5.

Mick Houghton is a music publicist and journalist. Since 1979 he has looked after the Ramones, Talking Heads, Undertones, Echo & The Bunnymen, Julian Cope, Sonic Youth, The Jesus & Mary Chain, The KLF, Spiritualized, XTC, Bert Jansch and Richard Thompson, among many others. His writing has appeared in Let it Rock, Circus, Zigzag, Sounds, Time Out, Mojo, Uncut and Shindig! and he wrote the book that formed part of the Grammy nominated Forever Changing: The Golden Age of Elektra 1963-1973 CD boxed set. He first bought an Elektra LP in 1966.