The Crown in Focus: Two Centuries of Royal Photography (Hardcover) 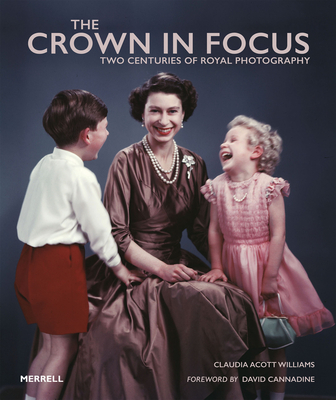 By Claudia Acott Williams, David Cannadine (Foreword by)
$45.00
On Our Shelves Now (PLEASE CALL TO CONFIRM BEFORE COMING TO STORE)

Crown on Camera traces the remarkable relationship between the British Royal Family and photography over the course of nearly 200 years. From Queen Victoria and Prince Albert's enthusiastic adoption of the emerging technology in the mid-19th century to the use of Instagram by the modern monarchy. Today, photographs of the British Royal Family remain some of the most widely distributed images across the world. Featuring iconic formal portraits alongside little-known pictures from private collections, this fascinating book explores how each new development of the medium has been embraced to record royal life.

Since its invention almost two centuries ago, photography has created an unprecedented intimacy between monarch and subject. Where previously royal painted portraiture allowed a degree of control and an element of creative licence and negotiation between artist and sitter, the development of the photographic image provided the public with a more personal window on to the lives of the people behind the pageantry. Over the years, the medium has helped to shape the role and purpose of the Royal Family - to the point where, in a rapidly changing society, the close connection between Crown and camera has ensured the continued survival and popularity of the British monarchy.

The book also considers the art of royal photography through the monarchy's patronage of such major 20th-century photographers as Cecil Beaton and family members Lord Snowdon and Patrick Lichfield, and such contemporary photographers as Chris Jackson. Members of the Royal Family have always been keen photographers themselves. Crown on Camera includes pictures from their private albums, and looks, too, at the publication of photographs by the royals, from Queen Alexandra to the Duchess of Cambridge, where the personal view has become the public image. Written by an expert curator from Historic Royal Palaces and published to coincide with a major new exhibition at Kensington Palace, the book combines an introductory essay with 200 extraordinary royal images and engaging extended captions that reveal the story behind each photograph.