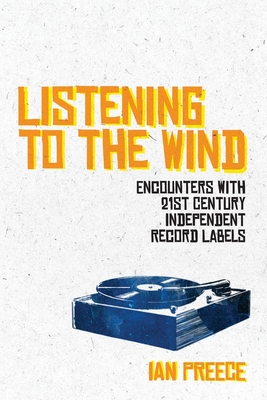 If there’s a cultural artefact capable of withstanding the vagaries and fickleness of the digital age as well as the printed book, it’s the vinyl record . . . In Listening to the Wind, Ian Preece sets out on an international road trip to capture the essence of life for independent record labels operating in the twenty-first century. Despite it all – from algorithms and streaming to the death of the high street and the gutting of the music press – releasing a record to serve its ‘own beautiful purpose’, as 4AD’s Ivo Watts Russell once said, is a flame that still burns through these pages. With countless labels, albums and artists to be discovered, this book is for those who share that inextinguishable love for music.

Ian Preece was a commissioning editor for Victor Gollancz and Orion for nearly two decades. These days he works as a freelance book editor and occasional ghostwriter, writes for Caught by the River and plays records all day. DJ opportunities aren’t what they were, but you can catch ‘Third Light Home’ on Seeks Music. He has written for When Saturday Comes and is the author of The Heyday of the Football Annual (with Doug Cheeseman), as well as Stats, Records & Rock ’n’ Roll (with Daniel Tatarsky).