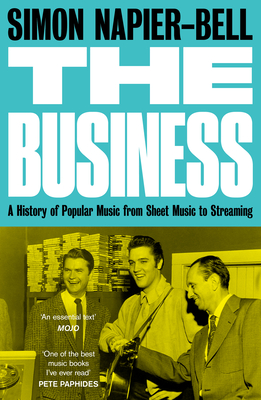 By Simon Napier-Bell
$16.95
Not Yet Published

et legendary rock manager Simon Napier-Bell take you inside the (dodgy) world of popular music - not just a creative industry, but a business that has made people rich beyond their wildest dreams. He balances seductive anecdotes - pulling back the curtain on the gritty and absurd side of the industry - with an insightful exploration of the relationship between creativity and money. This book describes the evolution of the industry from 1713 - the year parliament granted writers ownership over what they wrote - to today, when a global, 100 billion pound industry is controlled by just three major players: Sony, Universal and Warner. Inside you will uncover some little-known facts about the industry, including: How a formula for writing hit songs in the 1900s helped create 50,000 of the best-known songs of all time. How infighting in the American pre-war music industry shut down traditional radio and created an opening for country music, race records and rock'n'roll. How Jewish immigrants and black jazz musicians dancing cheek-to-cheek created a template for all popular music that followed. How rock tours became the biggest, quickest, sleaziest and most profitable ventures the music industry has ever seen. After reading Ta-Ra-Ra-Boom-De-Ay, you'll never listen to music in the same way again.

Simon Napier-Bell has been a film composer, songwriter, record producer, and author, but he is perhaps best known for having managed such artists as The Yardbirds, Marc Bolan, T Rex, Japan and Wham! Under his management, Wham! became the first Western pop group to ever play in Communist China in the 80s. He is the author of three other books about the music industry: You Don't Have to Say You Love Me, Black Vinyl White Powder, and I'm Coming to Take You to Lunch. He is a director of Papa Entertainments PLC and of Snap-B Music, and continues to consult, write and broadcast on the music industry.