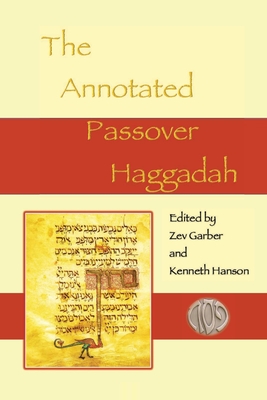 The Annotated Passover Haggadah presented here is unique, both in substance and appeal. The story is well-known and often repeated, having been translated, elaborated, neutered, abbreviated, truncated, and all but exfoliated over the many centuries. Nevertheless, the current volume makes an important contribution since, while preserving both the traditional Hebrew text along with an equally traditional English translation, it provides important analytical, philosophical, and theological perspectives on the seminal event of Jewish consciousness and self-awareness. This Haggadah is intended, notwithstanding its scholarly rigor, for practical use in family and congregational settings for those who wish, during this all-important night, to delve ever deeply into the Passover narrative, to go beyond the mere repetition of an annual ritual into a more richly rewarding and profound experience. Its overall theme is a celebration, not only of the deliverance from Egypt but of the widely disparate ways in which the Passover is observed by sundry traditions worldwide. Going beyond the "normative" observance of the Passover Seder, this Haggadah breaks new ground in referencing the increasing interest among Christians and Messianic Jews in observing the Exodus from Egypt. It underscores, via a small cadre of the world's most renowned Jewish scholars, the sanctified memory of this mighty deliverance, which remains forever emblazoned in the Jewish soul.