The Psychology of God: A psychological view of theological concepts (Paperback) 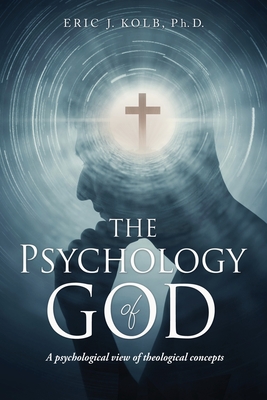 The Psychology of God is a scientific study of various aspects of human development and behavior taken from both a theological and psychological perspective. The main premise is this: If we are called children of God, then how we grew physically as children may be associated with how we grow spiritually as children of God; furthermore, how God raised us as His children may reflect how we should raise our children.The Psychology of God points out that modern scientific psychology has discovered that ancient references to the heart, body, mind, and soul correspond to the modern understanding of these four components of which a human being is comprised. However, in other aspects, such as psychological therapy, the Bible and Modern Psychology differ immensely.While the author openly admits his belief in a personal God, The Psychology of God is a scientific work based on scientific facts. In-text citations reference the peer-reviewed sources of statements and claims made throughout the book. An extensive bibliography list offers and encourages the reader to dig deeper into the psychology of God; and discover their purpose in life, which is the road to happiness and life satisfaction. Dr. Eric J. Kolb was born and raised on a farm in Nineveh, PA. His father was a professional football player for the Pittsburgh Steelers, and his mom was and still is a cowgirl. When He was two, he and his adopted sister were sleeping in their crib when a fire broke out. His dad was able to climb into a second-story window and save the two kids. Thus, Kolb grew up knowing that God had a special purpose for his life. In high school, Kolb started with a very promising future in sports, but injuries, most likely due to muscle dystrophy, led him down an academic path. Upon graduation with a bachelor's in Math from Ohio University, Kolb wanted to spend a summer in Germany as a street performer. Kolb became a professional performing artist, but once again, his illness changed his path. Thus, Kolb went back to school, obtained his master's in psychological counseling and later his Ph.D. in general psychology.