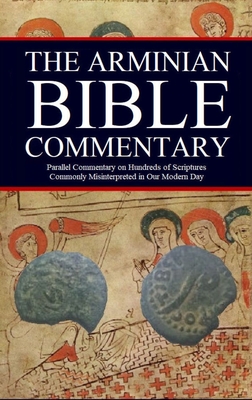 Most of the Bible commentaries circulating in our modern day were written by Calvinists (men who believe God predestines every action of men, that man has no free-will, that Jesus did not die for all men, that salvation cannot be lost, etc.). Yet, this was not the situation in times past. We have an immense amount of commentary from very early Christians, known as The Ante-Nicene Fathers (because their writings preceded the Nicene council of 325 AD) who did not share the views of today's Calvinists. Their writings clearly demonstrate a view of Scripture that affirms free-will, the possibility of losing one's salvation, etc. The belief of those early Christians has continued throughout history and is still maintained by many today. Notwithstanding, non-Calvinist Bible commentaries have largely become marginalized in our present day, with large Christian book publishers simply refusing to print them. The wonderful commentaries written by Adam Clarke, Charles Ellicott, and Daniel Whedon, for example, have not been published for years. You will not find any new copies of these works in Christian bookstores. A copy of John Wesley's Notes on the Bible might be seen on occasion, but even then it is likely a watered down, abridged version. I have searched out intact copies of these men's Bible commentaries, as well as the writings of the Ante-Nicene Fathers, in order to present their perspectives on key biblical texts often thought to prove/disprove the Calvinist position. It was not my intent to re-produce all of their available commentary on those texts, but rather to search through those writings and compile the most compelling arguments and, in the case of the Ante-Nicene Fathers, the most ancient demonstrations of early Christian belief. I have also incorporated many of my own comments here when I thought it helpful. I furthermore made very limited use of commentaries by men with Calvinist leanings, such as A.T. Robertson and John Bengel, when I thought their comments particularly insightful or noteworthy. I also included a small amount of Albert Barnes commentary herein. Barnes was not a Calvinist, but he did believe once saved, always saved. Notwithstanding, his commentary set is outstanding and his entry on 2 Timothy 2:25, which I included herein, is exceptional.