From the Green Man to Jesus: The Origin and Evolution of the Christ Myth (Paperback) 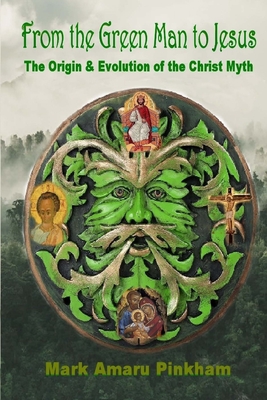 The story of the life of Jesus Christ was based on a series of much older Christ Myths that began with the Neolithic Green Man who was born to a virgin and a father in the heavens in December and later resurrected in the spring. The Green Man Christ Myth evolved into the Christ Myths of many Near Eastern and Far Eastern Divine Sons of God, including the Hindu Murugan, the Mesopotamian Tammuz, the Egyptian Osiris and the Greek Dionysus. It also evolved into the Persian Christ Myth of the Divine Son of God, Mithras, and in this form it was taken west by by Magi Priests to Tarsus of Cilicia and into the hands of the city's most famous resident, St. Paul. When the future Apostle traveled to Palestine with the Roman Legions and heard the life story of Jesus, he recognized the Jewish Messiah to be Mithras, who according to ancient Persian prophecy was scheduled to incarnate at the same time as Jesus. When it became time for him to spread the Gospel to the Gentiles, St. Paul amalgamated most of the important events in the life of Mithras onto the life of Jesus. This became the authorized Christ Myth of Jesus taught within the Christian Church.