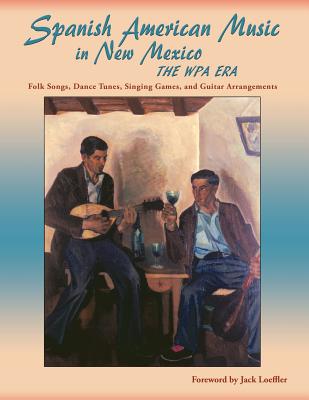 In 1933, newly elected President Franklin Delano Roosevelt summoned ideas that might allay the financial calamity that characterized the Great Depression of the 1930s. Among the myriad programs Roosevelt initiated was the WPA, the Works Progress Administration (later re-named the Work Projects Administration) that was created to provide meaningful work to the unemployed millions throughout America. Thanks to New Mexico Governor Clyde Tingley, a masterful politician who wended his way into Roosevelt's good graces, New Mexico became the recipient of a significant proportion of federal WPA funding that supported thousands of otherwise unemployed men and women. One of the great programs to emerge was in support of the arts, and many painters, writers and musicians were employed to pursue their respective art forms.

Helen Chandler Ryan was appointed director of the Federal Music Project (FMP) in New Mexico that lasted from 1936 to 1943. In 1939, it was re-named the New Mexico Music Project, and by 1942, the name was changed yet again to War Services Program--Music Phase. The focus of this project was "music education, performance, and preserving of local musical heritage, especially Hispanic Hispano] folk music." Under Ryan's direction and that of her co-administrators, musicians and folklorists collected songs and other material that otherwise might have been lost.

The transcribed folk songs were mimeographed and distributed to teachers who taught both singers and instrumentalists who then presented the music in public performances. This music project not only funded fieldworkers, it also brought music to the people of the villages of New Mexico in a time when little else was available to lift the hearts of la gente.

In this book, materials collected between 1936 and 1941 are assembled in five separate units. Units 1, 2, and 3 are comprised of a series of Hispano folk songs with transcribed melodies and English translations of lyrics. Unit 4 is a collection of thirty Hispano dance songs, some of which remain popular even now. Unit 5 is entitled "Guitar Arrangements of Spanish American Folk Songs."

We are fortunate to have this taste of Hispano music of New Mexico from the early twentieth century now available to all. It is integral and vital to the repertoire of musical lore that greatly enhances New Mexico's heritage.