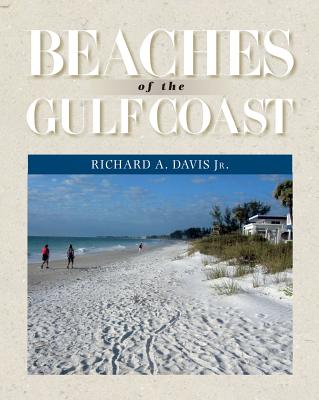 Much of the world’s population lives within thirty miles of a coast, and beaches are perhaps the most popular tourist destinations worldwide. The Gulf of Mexico is no exception: Millions of people make their homes nearby, and many of them spend considerable time at the beach, joined by millions more tourists and seasonal visitors.

In Beaches of the Gulf Coast, Richard A. Davis Jr., a veteran coastal geologist, explores the dynamics of beach formation, providing the reader with a basic understanding of the characteristics and behavior of the beach environment and what causes it to change. He compares natural beach environments with those that have experienced human intervention, and he profiles many of the common plants and animals that grow and live on and adjacent to the beach.

Following the coastline from the Florida Keys around the Gulf Coast to Varadero Beach in Cuba, Davis describes the major characteristics of beaches in each US state, with a final chapter on Mexico and Cuba. Focusing on public beaches, Davis emphasizes the special features of the beaches, indicating whether and how they are nourished—either naturally or artificially—and pointing out which beaches have problems and which ones are doing well.

Including photographs, satellite images, charts, and maps that reveal the natural processes of beach formation and erosion, Davis showcases the beauty of some of the Gulf’s “best” beaches, both popular and remote. Beaches of the Gulf Coast provides a broad range of basic knowledge for all who own beachfront property, who live near the beach, or who simply love the beach and want a better understanding of this special coastal environment.