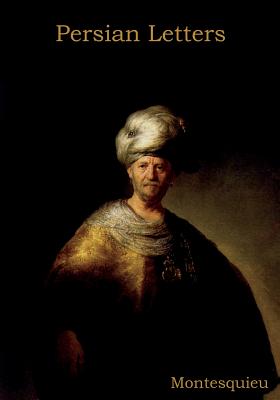 Persian Letters (Lettres persanes, written 1721) is a satirical work by Charles de Secondat, baron de Montesquieu, recounting the experiences of two Persian noblemen, Usbek and Rica, who are traveling through France. In 1711 Usbek leaves his seraglio in Isfahan to undertake the long journey to France, accompanied by his young friend Rica. He leaves behind five wives (Zachi, Z phis, Fatm , Z lis, and Roxane) in the care of a number of black eunuchs, one of whom is the head or first eunuch. During the trip and their long stay in Paris (1712-1720), they comment, in letters exchanged with friends and mullahs, on numerous aspects of Western, Christian society, particularly French politics and mores, ending with a biting satire of the System of John Law. Over time, various disorders surface back in the seraglio, and beginning in 1717 (Letter 139 ) the situation there rapidly unravels. Usbek orders his head eunuch to crack down, but his message does not arrive in time and a revolt brings about the death of his wives, including the vengeful suicide of his favorite, Roxane, and, it appears, most of the eunuchs...