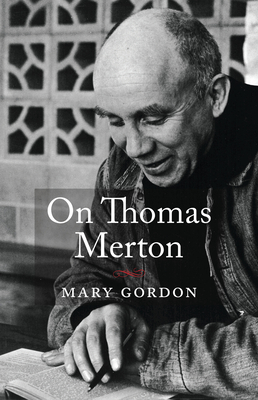 By Mary Gordon
$18.95
On Our Shelves Now (PLEASE CALL TO CONFIRM BEFORE COMING TO STORE)

Thomas Merton (1815-1968) was a Trappist monk, poet, essayist, activist, and author of some of the most influential spiritual writing of the 20th century. He entered the Trappist monastery of Gethsemani in Kentucky as a young man in his twenties, seemingly abandoning the promising literary career that lay before him. But from the silent cloister in which he spent all but the last few weeks of his life, his influence spread worldwide through his writing, primarily on topics related to the spiritual life--a subject which he demonstrated to be very broad indeed. His life of dialogue led him to explore a range of contemplative practices, particularly Buddhism, and he was one of the pioneers in raising awareness of Buddhist philosophy and practice among Westerners.

Mary Gordon, as a Catholic in critical dialogue with her church, came to explore Merton relatively late in her own journey, becoming fascinated with him as a fellow writer. She documents her exploration of Merton through his books--the ups and downs of the experience, areas of disagreement and sympathy, of annoyance and, ultimately, deep connection. It is a profoundly personal view of one of the great spiritual figures of our age, by an interpreter who, while disinclined to go easy on her famous subject, nevertheless reveals a great admiration and fascination with his life and work.

MARY GORDON is a novelist, essayist, memoirist, literary critic, and the McIntosh Professor of English at Barnard College. She is the author of many books, including Final Payments, Circling My Mother, Reading Jesus, The Shadow Man, and The Company of Women. She is the recipient of a Guggenheim Fellowship, the Lila Wallace-Reader's Digest Award, an O Henry Award, and an Academy Award for Literature from the American Academy of Arts and Letters. In March 2008, Governor Eliot Spitzer named Mary Gordon the official New York State Author and gave her the Edith Wharton Citation of Merit for Fiction. She was inducted as a member of the inaugural class of the New York Writers Hall of Fame in 2010.

“Ardent, heartfelt, headlong: with these words Mary Gordon lovingly penetrates to the core of Thomas Merton’s ongoing importance, but the same words apply to her achievement. Gordon is the ideal reader of Merton, matching his intelligence, irony, and authentic feel for the world beyond words. Her book brings his books back to life, and belongs with them from now on.”—James Carroll, author of Constantine’s Sword and The Cloister

“Only a writer as talented as Mary Gordon could have written about a writer as talented as Thomas Merton. I've read dozens of books about my hero, the Trappist monk Thomas Merton, and suspected that I couldn't learn much that was new. Mary Gordon's fascinating new book proved me wrong.  She opens up an essential side of Merton's life--his life as a writer--in a way that helps me understand him an entirely new, and entirely surprising, light."—James Martin, SJ, author of Jesus: A Pilgrimage and Becoming Who You Are

“Merton devotees and those wishing to learn more about him will appreciate this detailed look at his accomplishments and struggles.”—Library Journal

“.... An ideal introduction to Merton for literary readers.”—Booklist

“[Mary Gordon] brings to this book on Merton what he himself often offered others: the frank convictions of a practiced teacher, the certainty of an established critic, and the sympathy of a successful writer who is equally aware of struggle.”—America

“If Merton is to remain a living voice, it is from such honest and steadfast devotion as Mary Gordon’s On Thomas Merton.”—New York Journal of Books