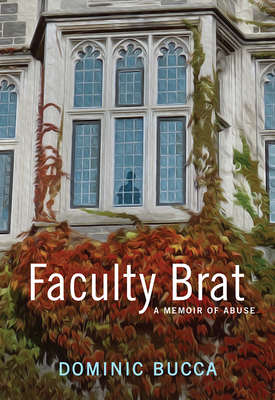 At the most prestigious preparatory schools in the United States, the children of educators are referred to as “faculty brats.” Though generally lacking the privilege of the institution’s wealthy students, faculty brats enjoy access to the school’s extensive grounds and facilities and are part of everyday campus life.

Dominic Bucca’s art teacher mother married his music teacher stepfather twice, and the young boy wondered if the union might be twice as strong as a result. Instead, this faculty brat quickly discovered that the marriage was twice as flawed. When Dominic was nine years old, his stepfather began sexually abusing him in the faculty housing attached to the boys’ dorm his parents oversaw. Years later, he found escape by reaching out to his biological father, and learned to split his life between two realities.

For nearly twenty-five years, Bucca hid the secret of his step­father’s abuse from his mother and sisters. When he decided to tell, hoping to prevent his stepfather from continuing to teach young boys, Bucca discovered the limits of both his family and the legal system.