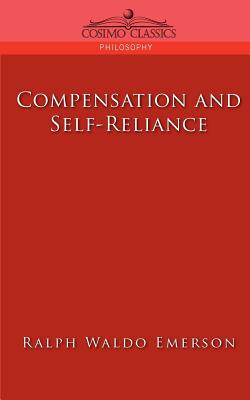 By Ralph Waldo Emerson
Email or call for price.
Usually Ships in 1-5 Days

"Man is his own star." - Ralph Waldo Emerson Probably no writer has so profoundly influenced American philosophy and literature, as did Emerson. Known as The Father of Transcendentalism, he was the focal point of a small group of intellectuals reacting against the orthodoxy of the established religions of his era. As an active lecturer in the early 1830s, he delivered a number of landmark lectures, most notably among them - Compensation and Self-Reliance, in which Emerson fervently declares man's inherent divinity. By positing that the way to realization lay solely within, man can be fulfilled only through one's own "self-induced and self-devised efforts." Marked by a deep compassion and insight, Compensation and Self-Reliance rings like a clarion-call - one Emerson intoned steadily throughout his life. Though his last years were marked by a decline in his mental powers, his reputation as one of the outstanding figures of American letters was all but assured by the time of his death. RALPH WALDO EMERSON, 1803-82, was an American poet and essayist. Universally known as the "Sage of Concord," Emerson established himself as a leading spokesman of transcendentalism and as a major figure in American literature. His additional works include a series of lectures published as Representative Men (1850), The Conduct of Life (1860), and Society and Solitude (1870).