No Shadows in the Desert: Murder, Vengeance, and Espionage in the War Against Isis (Compact Disc) 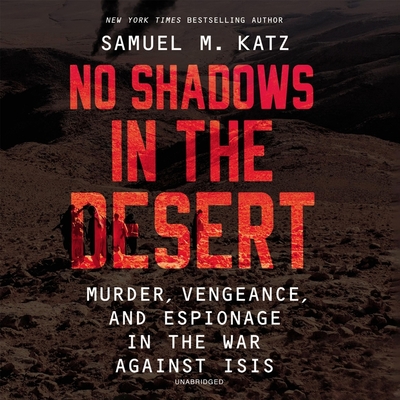 The inside story of the close-knit alliance between two of the world's top intelligence services and how one joint operation of decisive vengeance became a turning point in the historic battle against the Islamic State and the elimination of its top leadership.No Shadows in the Desert reveals the untold story of the behind-the-scenes fight against ISIS--one coordinated by heads of state and ultimately fought in the alleyways and open deserts of the Middle Eastern battlefield by spies and soldiers. New York Times bestselling author Samuel M. Katz draws upon his sources within the US intelligence and counterterrorism community, as well as the international special operations and espionage fraternity, to tell the story of the covert campaign against ISIS by the operatives who ventured deep and secretly into enemy territory.In this first-ever look at the secret inner workings of an Arab security service, No Shadows in the Desert tells the story of Jordan's GID, the masters of human intelligence on the espionage battlefields of the Middle East, who proved pivotal and crucial go-to allies of the CIA and America's other intelligence agencies in the war against ISIS and the war on terror. With the revealing and intimate insight of the intelligence officers who fought ISIS, No Shadows in the Desert is a rare and revealing glimpse into how a strategic partnership helped change how terrorism is fought in the Middle East and beyond.