Feasts from Paradiso: A Year of Tastes and Traditions in Tuscany (Paperback) 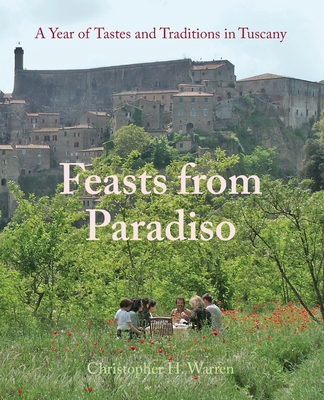 Christopher H. Warren wrote All the Noise of It: Living in a Tuscan Hilltown, a fascinating account about the thirty years he has spent in the small medieval village of Sorano, renovating his home and investigating traditional life. In that time he was indulged in the kitchens of many of the warm and welcoming townspeople, and became an accomplished cook. In Feasts from Paradiso he turns his attention to his breathtaking garden, which Warren restored and now cultivates; its flowers, vegetables, fruits and herbs and the meals created from them--- enjoyed throughout garden and within the ancient caves he has made habitable. Through a calendar year he prepares five banquets, some traditional and others historical, from the Feast of the Epiphany in January to the celebration of Winemaking in October.