Markos Vamvakaris: The Man and the Bouzouki. Autobiography (Paperback) 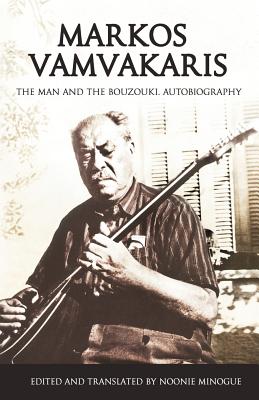 Markos Vamvakaris, born in 1905 in Syros was a pioneer of rebetiko, the urban folk music of Greece. The bouzouki was a disreputable instrument but he paved its path to glory. He spent many years, first as a stevedore in the port of Piraeus and then as a butcher in the slaughterhouse. During this time he fell in love with a tigress, his first wife, he learnt to smoke hashish and to play the 'sacred' instrument: 'I had a great passion. My life was all bouzouki. It took me over - but it also took me up in the world, way up ...' This is the first ever translation into English of the autobiography compiled by Angeliki Vellou Keil in 1972. It opens a window onto a time of extraordinary creativity in the history of Greek music, an explosion of songwriting in the interwar period. Its composers wrote about themselves and each other, the rituals of hashish smoking and the landmarks of a now vanished city. Markos the repentant sinner and living legend, looks back at childhood idylls in Syros, the arrival of the Asia Minor refugees, the terrible years of the Nazi Occupation, the ceaseless love affairs and disappointments, and the triumphs of the bouzouki. He offers a rare insight into the lives of toiling workers and the lowlife of one of the world's most ancient ports, where East meets West. Out of this melting pot he produced the classic songs that Greeks of all ages still love and know by heart.