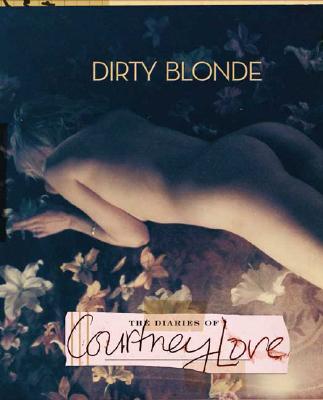 A multi-textual memoir chronicling the life of one of our most potent pop iconsGroundbreaking rock musician. Award-winning actress. Perceptive songwriter and author. Mother. Wife of a rock god. Fashionista and trendsetter. Provocateur. In each and every one of these roles Courtney Love has demonstrated a wholehearted commitment to her art, and an intense drive and a lust for life that have made her a star and a celebrity icon—but have also led her into some unwise, uncharted, and even dangerous territory. Simultaneously candid and enigmatic, Love has a mordant wit and vivid intelligence matched in intensity only by the extraordinary life she has led, from a bleak early childhood through great fame and terrible heartbreak to the present day. By turns exhilarating and unsettling, this is a story told for the first time in Dirty Blonde.
Composed of an astonishing and eclectic collection of deeply personal artifacts including personal letters, childhood records, poetry, diary entries, song lyrics, fanzines, show flyers, other original writings, and never-before-seen photographs, Dirty Blonde leads us through the unimaginable highs and the despairing lows of one of the most compelling and creative figures in the world of popular culture. Through these diaries we see Love’s accomplishments, her mistakes, her history, and her bright future in a whole new light. From her upbringing in Oregon through her years living in Japan, New Zealand, and London, from her career highs with Hole and as a Hollywood leading lady to her personal heartbreak and struggle, Dirty Blonde is Love laid bare—a wholly fascinating portrait of a fierce and insightful woman with an unblinking worldview and a determination to express herself no matter the cost.

Courtney Love is the legendary front woman of Hole, whose album "Live Through This" is considered one of the seminal records of the 1990s.

"Intimate . . . A collage of a life spent in pursuit of validation, fueled by her relentless creativity . . . This book may be the most direct and honest work that Love has done to date." —Jac Chebatoris, Newsweek
“Exhibits a heretofore unappreciated level of self-knowledge.” —Rebecca Winters Keegan, Time
“This is a pastiche, an assemblage, the most Barthian of texts. Yet it is undeniably a reflection of Love's psyche, confirming that Love's allure lies in her glorious disarray . . . She is not from the starlet factory where they mint Jojos and Rhiannas and other girls who can do that sweet-yet-sexy-yet-a-little-tough thing. She comes from an era when women played their own instruments and wrote their own songs, but she's not one of those Jewel-ish whiners or Sheryl Crow lite rockers. She's the real deal: a grungy girl punk rock star . . . These days, when celebrity is cultivated and managed à la [Jessica and Ashlee Simpson], Courtney Love's feminist status starts to look really radical: No man has ever had that hold on her. Have we seen her be self-promoting? A million times. Have we seen her naked? Sure. But we've never seen her bow down to anyone or anything, including public opinion.” —Lisa Levy, Salon “An often fascinating document . . . Wade into its depths with caution and you will still get pulled under.” —Mikael Wood, TimeOut New York