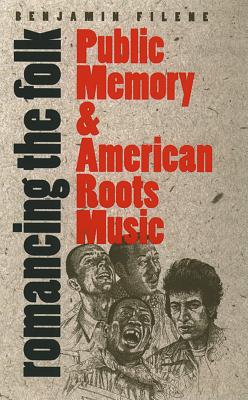 In American music, the notion of "roots" has been a powerful refrain, but just what constitutes our true musical traditions has often been a matter of debate. As Benjamin Filene reveals, a number of competing visions of America's musical past have vied for influence over the public imagination in this century.

Filene builds his story around a fascinating group of characters--folklorists, record company executives, producers, radio programmers, and publicists--who acted as middlemen between folk and popular culture. These cultural brokers "discovered" folk musicians, recorded them, and promoted them. In the process, Filene argues, they shaped mainstream audiences' understanding of what was "authentic" roots music.

Filene moves beyond the usual boundaries of folk music to consider a wide range of performers who drew on or were drawn into the canon of American roots music--from Lead Belly and Woody Guthrie, to Muddy Waters and Willie Dixon, to Pete Seeger and Bob Dylan. Challenging traditional accounts that would confine folk music revivalism to the 1930s and 1960s, he argues instead that the desire to preserve and popularize America's musical heritage is a powerful current that has run throughout this century's culture and continues to flow today.