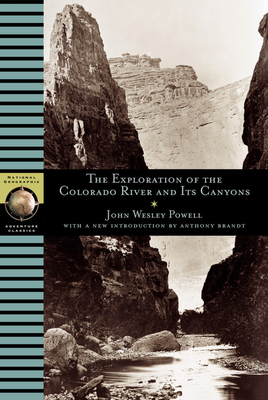 John Wesley Powell completed his famous expedition down the Green and Colorado Rivers in 1869. But his life as one of America's great men of science was only just beginning. As an Indian commissioner, he became a student of the Paiute and Ute tribes, an interest that led in 1879 to the birth of the Smithsonian's Bureau of Ethnology, where he was director for 23 years. That same year he would be instrumental in the founding of the US Geological Survey, an agency which he would head just two years later. At 47 he was perhaps the most powerful and influential scientist in America. His ideas for harnessing water in the West inspired the birth of the Bureau of Reclamation and, in 1888, he joined 32 scientists and prominent Washingtonians to establish the National Geographic Society. After his death in 1902 at the age of 68, he continued to influence government science: He donated his brain to research. It's preserved today at the Smithsonian Institution.