King Alfred's Book of Laws: A Study of the Domboc and Its Influence on English Identity, with a Complete Translation (Paperback) 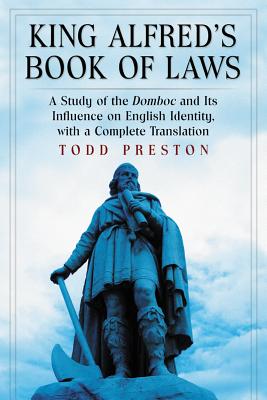 During the early Middle Ages, King Alfred (reigned 871-99) gained fame as the ruler who brought learning back to England after decades of Viking invasion. Although analysis of Alfred's canon typically focuses on his religious and philosophical texts, his relatively overlooked law code, or Domboc, reveals much about his rule, and how he was perceived in subsequent centuries. Joining major voices in the fields of early English law and literature, this exploration of King Alfred's influential text traces its evolution from its 9th century origins to reappearances in the 11th, 12th, and 16th centuries. Alfred's use of the vernacular and representation of secular practices, this work contends, made the Domboc an ideal text for establishing a particularly English national identity.

Todd Preston is an associate professor of English at Lycoming College. Specializing in Anglo-Saxon literature and the Old English language, he has published on topics ranging from the Exeter Book Riddles to Chaucer's Parliament of Fowls to Melville's Moby-Dick.