Mehmed the Conqueror and His Time (Bollingen #314) (Paperback) 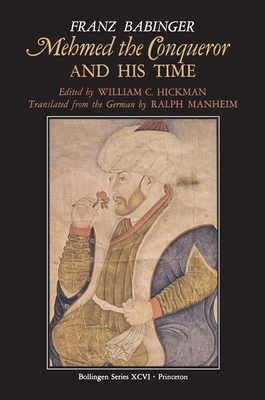 From the famous siege of Constantinople in 1453 through the numerous other campaigns that securely established the Ottoman Empire, the events in the life of the emperor Mehmed II are the subject of this classic biography. One of the most important figures in Ottoman history, Mehmed was the architect of victories that inspired fear throughout Europe and contributed to an image of the Turk prevalent in Western art and literature for many years. Fascinating. . . . From the Western viewpoint, Mehmed was seen as the man who gave the death blow to Byzantium, destroying the last vestige of the Eastern Roman Empire. Not surprisingly, the Turks regard him as the greatest of all sultans, a figure unparalleled in the history of the world for military prowess, statecraft, patronage of the arts and sciences.--Robert Kirsch, The Los Angeles Times Book Review The definitive scholarly biography of the Ottoman emperor who in 1453 conquered Constantinople. . . . Mehmed's career is a study of battle, murder, and sudden death, of brutality, perfidy, and spite, with no moral superiority awardable to either Christians or Muslims.--The New Yorker