Deadbeat Moms (It's not just about money) (Paperback) 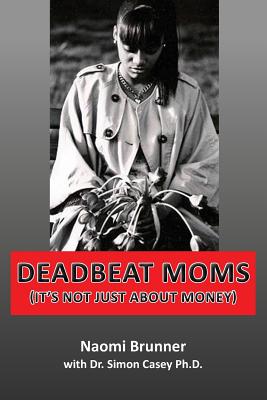 A raw and thought-provoking read that will leave all of us analyzing our- selves, and the way we deal with our children. In Deadbeat Moms, Naomi Brunner has unwrapped stories that were un- told because of societal trend in covering up abuse within families. Stern warning about keeping family matters private has resulted in ongoing abuse against children. This powerful account sheds light on the different type of mothers, from all walks of life. Naomi Brunner's first novel serves up walloping tales of abusive mothers. It also outlines ways of inter- vening by the common citizens. Whether you're a parent or a non-parent, Deadbeat Moms will move you to act. It comes complete with instructional guides on how to deal with child abuse and neglect.

About the Author Naomi Brunner is a graduate of Monroe College in New York City. She spent four years at the Administration for Children's Services as a program coordinator. While at the ACS, she gained insight into the overload of cases backing up the system and why it takes so long for ACS to respond to families in need. In recent years, while receiving her B.A. in Computer Information Systems, Naomi has worked for the Catholic Charities of Archdiocese, New York. There she spent nearly six months as a Hurricane Katrina Operator, collecting client information needs and making referrals to specific social service agencies for case management and for posting with the agency C.A.N. Along with fielding thousands of calls from people after the tragedy, she also maintained ongoing information and resource files and underwent training on specifics to Katrina case coordination. As a result of her efforts she received the NYC Direct Customer Service Award in 2006 from the New York Federal Executive Board of the Katrina Evacuee Inter- Agency Team. Over the past twenty years, Naomi has also worked as a volunteer with agencies such as: Goldwater Memorial Hospital, Bronx Lebanon Hospital, Coler Memorial Hospital, Family Dynamics Children's Center, the City Volunteer Corp., the Bernard Fineson Mental Health Center, and the Red Cross Emergency Center, to name a few. "At times I used to wish I had a place for many children to stay when they were being abused. I helped the few that I could and I prayed for all of the other abused children in the world. Yet, I always felt like that wasn't enough. The more I watched the news, the more I began to hear about such stories, the more I wanted to find another way of getting the message across about deadbeat mothers. So, that is why I decided to write this book." Naomi Brunner