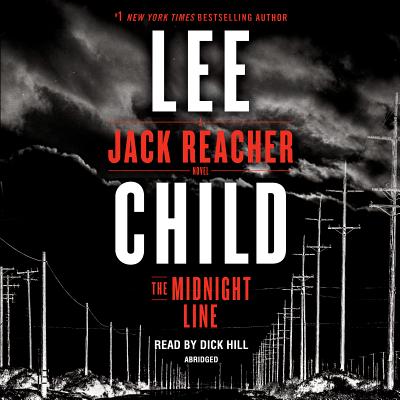 This is book number 22 in the Jack Reacher series.

Praise for The Midnight Line

“A timely, suspenseful, morally complex thriller, one of the best I’ve read this year . . . Child weaves in a passionately told history of opioids in American life. . . . Child’s outrage over it is only just barely contained.”—The Philadelphia Inquirer

“A perfect example of Lee Child’s talent . . . Lee Child is the master of plotting. . . . This is Child’s most emotional book to date. . . . This is not just a good story; it is a story with a purpose and a message.”—Huffington Post

“I just read the new Jack Reacher novel by Lee Child. . . . It is as good as they always are. I read every single one.”—Malcolm Gladwell

Lee Child is the author of twenty-two New York Times bestselling Jack Reacher thrillers, thirteen of which have having reached the #1 position, and the complete Jack Reacher story collection, No Middle Name. All his novels have been optioned for major motion pictures—including Jack Reacher (based on One Shot) and Jack Reacher: Never Go Back. Foreign rights in the Reacher series have sold in one hundred territories. A native of England and a former television director, Child lives in New York City.