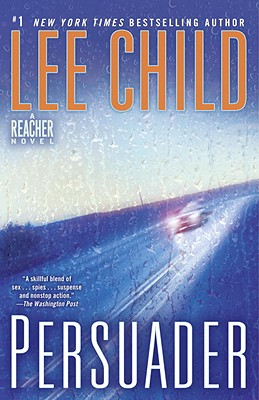 Jack Reacher lives for the moment. Without a home. Without commitment. And with a burning desire to right wrongs—and rewrite his own agonizing past. DEA agent Susan Duffy is living for the future, knowing that she has made a terrible mistake by putting one of her own female agents into a death trap within a heavily guarded Maine mansion.

Staging a brilliant ruse, Reacher hurtles into the dark heart of a vast criminal enterprise. Trying to rescue an agent whose time is running out, Reacher enters a crime lord’s waterfront fortress. There he will find a world of secrecy and violence—and confront some unfinished business from his own past.

Lee Child is the author of thirteen Jack Reacher thrillers, including the" New York Times" bestsellers""Persuader," "The Enemy, One Shot, The Hard Way," " and #1 bestsellers Bad Luck and Trouble and Nothing to Lose. His debut, " Killing Floor, " won both the Anthony and the Barry awards for Best First Mystery, and "The Enemy" won both the Barry and Nero awards for Best Novel. Foreign rights in the Reacher series have sold in forty territories. All titles have been optioned for major motion pictures. Child, a native of England and a former television director, lives in New York City, where he is at work on his fourteenth Jack Reacher thriller."" "From the Paperback edition."

“Gripping and suspenseful . . . Child ratchets up the suspense to new heights.” —The Denver Post

“Wickedly addictive . . . so fast-paced it makes the eyeballs spin.”—Orlando Sentinel

“A story that will sweep you along as fast as some of the riptides Reacher survives.”—St. Petersburg Times