The Scar: A Personal History of Depression and Recovery (Paperback) 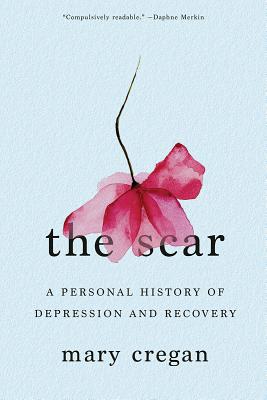 By Mary Cregan
$16.95
This title is out of stock indefinitely and not available to order.

A “searingly honest and riveting” (Colm Tóibín) memoir interweaving the author’s descent into depression with a medical and cultural history of the illness.

At the age of twenty-seven, Mary Cregan gives birth to her first child, a daughter she names Anna. But it’s apparent that something is terribly wrong, and two days later, Anna dies—plunging Cregan into suicidal despair. Decades later, sustained by her work, a second marriage, and a son, Cregan reflects on this pivotal experience and attempts to make sense of it. She weaves together literature and research with details from her own ordeal—and the still-visible scar of her suicide attempt—while also considering her life as part of the larger history of our understanding of depression.

Mary Cregan attended Middlebury College and received her PhD from Columbia University. Her writing has appeared in the Chronicle of Higher Education and in the Financial Times. A lecturer in English literature at Barnard College, she lives in New York.

Cregan poignantly demonstrates the hard-won pragmatism of those who have battled mental illness.… In providing kinship to its fellow traveler, The Scar becomes the best sort of memoir—one that serves a higher purpose.
— Leslie Kendall Dye - Los Angeles Review of Books

[A] powerful debut.… [Mary] Cregan writes lucidly of her illness and offers hope as well as valuable insights for those living with depression.
— Publishers Weekly (starred review)

“Cregan’s debut stands out for its personal and profound insights into a subject that can be difficult to grasp.
— Library Journal (starred review)

A wrenching memoir of loss, sorrow, and recovery, as well as a layperson’s informed and intelligent investigation of the illness that almost ended her life.
— Honor Molloy - Irish Echo

Courageous.… Cregan talks about mental health in a way that resonates with readers even as it informs. Those struggling with depression will find things to identify with here, and all readers will gain more insight into how depression affects its victims.
— Stephen Lovely - Celadon Books

In The Scar, Mary Cregan has set herself the challenge of describing her personal anguish while educating the reader about the history of the treatment of depression. With a rare combination of clear-sightedness, a novelist’s sense of narrative presence and cultural texture, and an ability to synthesize and explain an enormous quantity of scientific data, Mary Cregan makes an entirely original and invaluable contribution to the literature of this illness that has cast its mysterious shadow over so many lives.

— Mary Gordon, author of There Your Heart Lies