The Roots Of The Blues: An African Search (Paperback) 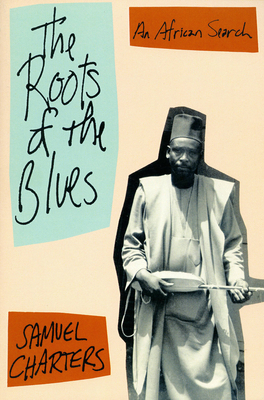 "I went to Africa to find the roots of the blues." So Samuel Charters begins the extraordinary story of his research. But what began as a study of how the blues was handed down from African slaves to musicians of today via the slave ships, became something much more complex. For in Africa Samuel Charters discovered a music which was not just a part of the past but a very vital living part of African culture. The Roots of the Blues not only reveals Charters's remarkable talent in discussing African folk music and its relationship with American blues; it demonstrates his power as a descriptive and narrative writer. Using extensive quotations of song lyrics and some remarkable photographs of the musicians, Charters has created a unique contribution to our understanding of both African and American cultures and their music.

Samuel Charters is a musicographer, novelist, poet, and producer of jazz and blues records who for many years has also been seriously interested in every aspect of black music. His book, The Country Blues, was the first to be published on the subject. He began making field recordings in the South in the early 1950s and has subsequently produced many recordings, both of individual blues artists and of the musical backgrounds of the blues in the United States and the Caribbean. He has since extended his research and recording to West Africa. His other books include Jazz: A History of the New York Scene, The Blues Makers, and The Roots of the Blues.