Emil du Bois-Reymond: Neuroscience, Self, and Society in Nineteenth-Century Germany (Transformations: Studies in the History of Science and Technology) (Hardcover) 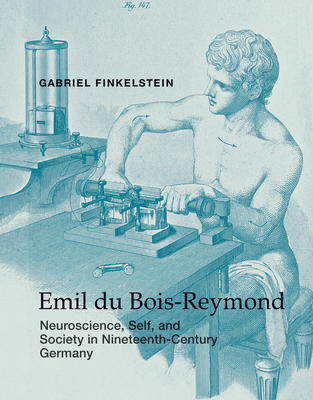 A biography of an important but largely forgotten nineteenth-century scientist whose work helped lay the foundation of modern neuroscience.

Emil du Bois-Reymond is the most important forgotten intellectual of the nineteenth century. In his own time (1818–1896) du Bois-Reymond grew famous in his native Germany and beyond for his groundbreaking research in neuroscience and his provocative addresses on politics and culture. This biography by Gabriel Finkelstein draws on personal papers, published writings, and contemporary responses to tell the story of a major scientific figure. Du Bois-Reymond's discovery of the electrical transmission of nerve signals, his innovations in laboratory instrumentation, and his reductionist methodology all helped lay the foundations of modern neuroscience.

In addition to describing the pioneering experiments that earned du Bois-Reymond a seat in the Prussian Academy of Sciences and a professorship at the University of Berlin, Finkelstein recounts du Bois-Reymond's family origins, private life, public service, and lasting influence. Du Bois-Reymond's public lectures made him a celebrity. In talks that touched on science, philosophy, history, and literature, he introduced Darwin to German students (triggering two days of debate in the Prussian parliament); asked, on the eve of the Franco-Prussian War, whether France had forfeited its right to exist; and proclaimed the mystery of consciousness, heralding the age of doubt. The first modern biography of du Bois-Reymond in any language, this book recovers an important chapter in the history of science, the history of ideas, and the history of Germany.

Gabriel Finkelstein is Associate Professor of History at the University of Colorado Denver.

Finkelstein justly presents du Bois-Reymond as the nineteenth century's 'most important forgotten intellectual' (p. xv), and he excels in linking scientific endeavors with cultural and political contexts.—Isis. Journal of the History of Science Society—