Play the Way You Feel: The Essential Guide to Jazz Stories on Film (Hardcover) 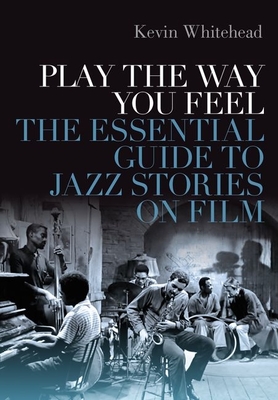 By Kevin Whitehead
$34.95
On Our Shelves Now (PLEASE CALL TO CONFIRM BEFORE COMING TO STORE)

Jazz stories have been entwined with cinema since the inception of jazz film genre in the 1920s, giving us origin tales and biopics, spectacles and low-budget quickies, comedies, musicals, and dramas, and stories of improvisers and composers at work. And the jazz film has seen a resurgence in
recent years--from biopics like Miles Ahead and HBO's Bessie, to dramas Whiplash and La La Land. In Play the Way You Feel, author and jazz critic Kevin Whitehead offers a comprehensive guide to these films and other media from the perspective of the music itself. Spanning 93 years of film history,
the book looks closely at movies, cartoons, and a few TV shows that tell jazz stories, from early talkies to modern times, with an eye to narrative conventions and common story points. Examining the ways historical films have painted a clear picture of the past or overtly distorted history, Play the
Way You Feel serves up capsule discussions of sundry topics including Duke Ellington's social life at the Cotton Club, avant-garde musical practices in 1930s vaudeville, and Martin Scorsese's improvisatory method on the set of New York, New York. Throughout the book, Whitehead brings the same analytical bent and concise, witty language listeners know from his jazz segments on NPR's Fresh Air with Terry Gross. He investigates well-known songs, traces the development of the stock jazz film ending, and offers fresh, often revisionist takes on
works by such directors as Howard Hawks, John Cassavetes, Shirley Clarke, Francis Ford Coppola, Clint Eastwood, Spike Lee, Robert Altman, Woody Allen and Damien Chazelle. In all, Play the Way You Feel is a feast for film-genre fanatics and movie-watching jazz enthusiasts.

Kevin Whitehead, the longtime jazz critic for NPR's Fresh Air, has written about jazz, movies, and popular culture for 40 years. His books include New Dutch Swing (1998) and Why Jazz? A Concise Guide (2011). His essays have appeared in such collections as The Cartoon Music Book, Discover Jazz andTraveling the Spaceways: Sun Ra, the Astro-Black and Other Solar Myths. Whitehead has taught at the University of Kansas, Towson University, and Goucher College.