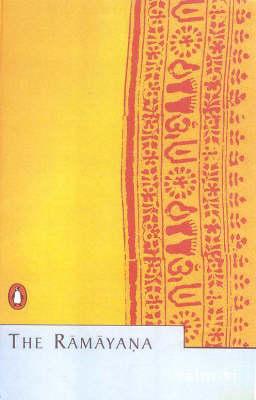 One of India's two greatest epics, the Ramayana pervades the country's moral and cultural consciousness. For generations it has served as a bedtime story for Indian children, while at the same time engaging the interest of philosophers and theologians. Now this magnificent translation makes the monumental work available to a new audience.

Believed to have been composed by Valmiki sometime between the eighth and sixth centuries BC, the Ramayana tells the tragic and magical story of Rama, the prince of Ayodhya, an incarnation of Lord Visnu, born to rid the earth of the terrible demon Ravana. Exiled for fourteen years because of his stepmother's fit of jealousy on the eve of his coronation, Rama enters the forests of Dandaka with his beautiful wife Sita and devoted brother Laksmana. Sita is abducted from the forest by Ravana who takes her to his isolated kingdom on the far side of the southern ocean. The two brothers set out to rescue her and, along the way, make an alliance with a dispossessed monkey, king Sugriva. At the end of a bloody war Ravana is killed and Sita, reunited with her husband, and victorious Rama returns to Ayodhya to claim the throne that is rightfully his.

An idealized heroic tale ending with the inevitable triumph of good over evil, the Ramayana is also an intensely personal story of family relationships, love and loss, duty and honour, of harem intrigue, petty jealousies and destructive ambitions. All this played out in a universe populated by larger-than-life humans, gods and celestial beings, wondrous animals and terrifying demons.

In her translation Arshia Sattar has successfully bridged both time and space to make this ancient classic accessible to the present-day English reader. An added attraction is her superb introduction which provides new insights and background information for both the general reader and scholar alike.